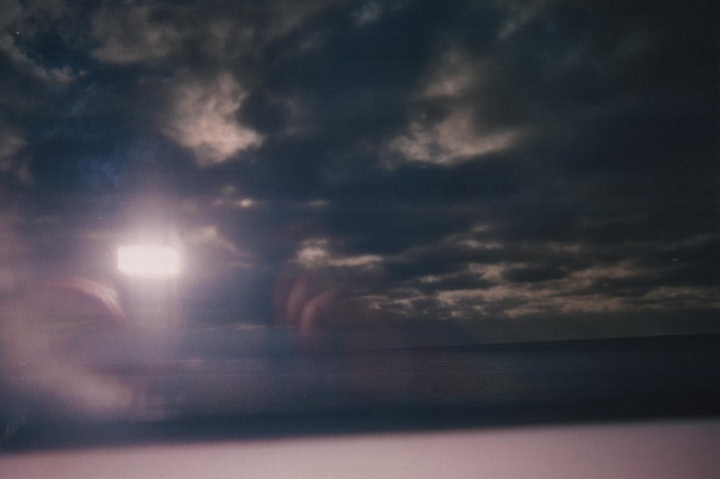 “Why can’t you fly now, mother

I’m 19 now, and I’ve devloped a rather dubious (and completely subjective) sociological theory which explains why this really is the worst age in the world. It’s a carefully constructed and well thought-out social observation which demonstrates a keen lack of scientific reasoning, but  balanced by a healthy dose of British cynicism:

1. It will never match your 18th birthday. I am a principle culprit for perpetuating endless reminiscing and referencing of 18th birthday bashes, driving test tales, ‘when i was 18…’ anecdotes,  and a long list of reasons for why the 2015 me was just so much better, fulfilled and interesting than the sleeping-sloth-pizza-eater tapping away to you right now.

The 18th year heralds the benefits of legal drink purchase (the greatest power of them all, and the greatest upset when the first bottle of £3.50 ASDA rollback rosé is bought without an ID asked for), oiling the official vocal mechanics of your long awaited political stance, and the polished freedom granted after finishing school – all distinct marks of maturity. I wanted to be the best version of myself I could be for my 18th year, for the stories, the memories, for the grandchildren’s sake.

So its next door neighbour at number 19 inevitably pales in comparison, leaving a lingering sense of nostalgia for the cloudy string of 18th big deal birthdays which fruitfully littered everyone’s year 13.

2. You’re still a teenager. The benefits of adulthood are now well and truly received, but you are now stuck in a limbo as that single decade has yet to shift and be replaced by a two in the tens column.  You still suffer the symptoms of that Catcher in the Rye teen angst that is all too relatable by this experienced stage of your period pained, pimple-popping, weight gaining/losing, insecurity ridden days. This is accompanied by an inevitable set of existential crises which have uprooted you since leaving school, as you attempt to arrange the ironic pieces of a seemingly structureless jigsaw puzzle that should make up your surrounding world.

3. You can’t shake off the feeling that you’re growing up. It’s like your shadow; most of the time you can’t see it, but it’s always there. You have probably finished getting taller (despite googled stretching techniques, my legs aren’t getting longer than the perky stubs that support me wherever I go), but it is your piling responsibilities, like moving into your first flat at University, reluctantly and temporarily brushing the fear of making telephone calls to blindly sort your bills under the carpet, which compose this overwhelming idea of being a ‘grown up’. The worst part is that, despite the term’s assured use of the perfect tense, evoking a defined moment of becoming an adult, growing up is actually an ongoing struggle of discovering, and then feeling like you are failing to meet, your own standards.

My mum says how she used to love to smell me as a child (hear me out). She said children had this distinct scent particular only with one of its kind, as if being youthful emits its own authentic and inimitable energy.

But my mum doesn’t smell me anymore. Our chubby cheeks are sucked inwards at the bone and we have to start using perfumed substances to replace our lost radiance. We associate growing up with an inability to maintain a once so natural energy, a dwindling creativity, and grey suits.

As the dull reality of life, monotony of work, and career fears floods the colourful waves of the imagination, we begin to consider ourselves too old for certain things, like swings and teddy-bears, as if a new year calls for a new way of being (a classic case of the new year, new me phenomenon). The old way of being becomes entirely inappropriate for ‘someone of your age’. Being childish is now apparently an insult.

I visited a primary school to preview a children’s show I’m part of taking up to Edinburgh Fringe Festival this year. They gave us feedback on what they thought about the show and how they would make it better, and it was by far the most helpful words given to us in the process.

My favourite thought was from a boy called Max, aged 10. He told us that it didn’t matter what you looked like or smelt like, you are still a human being.

Imagine the world we could live in if everybody thought like that.

I’m reading the Chronicles of Narnia at the moment because I missed out on that boat when I was younger, the age when you’re really meant to read them. I get some funny looks on the train and a few indifferent remarks on tales they don’t really remember. You can kind of read them on an adult level (or just detect a few classic cases of casual sexism and relish in the religious allegories), but I just honestly find ideas written for a child’s mind to consume often more compelling and honest and affecting than that of which I read and experience ‘for adults’.

Children’s Literature bubbles with a purity, a wonder and a moral effervescence often absent in a post-pubescent philosophy. Adults have learnt enough to think that they know too much, while children find everything fascinating and really can’t learn enough. Why can’t Peter, Susan, Edmund and Lucy return to Narnia when they are considered too old? They will have simply lost their wonder, with no reason to wander back to Aslan.

In The Lion, The Witch and the Wardrobe, The White Witch famously curses Narnia with an eternal winter. Always winter but never Christmas – probably the worst possible scenario that a child could envisage: a winter without magic is just a cold core. When we stop believing in Father Christmas, we begin a similar tyrannical reign on our own lives. The magic of living fades with the growing of age. The basic moral compass grounding and pointing children in the right direction, given by these kinds of books, gets buried under a pile of more recent memories, complexes and receipts.

Surveys have said that most people don’t claim to fully feel like an adult until they are 29. It’s a specific choice, but this rather random age disparity is a testament to the uncertainty of this period of life, masked with the idea and challenging ideal of finally settling, a state of calm a whole world away from the fidgety little rascals we used to be. I like to think this bland statistic also shows our desire to cling on to the electricity of being a kid, to reconnect with the ideas that once glued our noses to the pages of Harry or Beatrix Potter.

Companies like Pixar stand as evidence that children’s based films can be enjoyed by young and old alike on different, similar but essentially intertwining levels. The current surge of film and stage adaptations of the most-loved Dahl and Disney stories (Endless Jungle Books, The BFG, live action, up close and personal Cinderella & Beauty and the Beasts) are casting nostalgic shadows for us overgrown children to chase after, back to a seemingly happier time, as if cleansed with the glowing feeling of finding an old scribbled drawing and accompanying poem of which you were the 5-year-old artist in a dusty box in the attic.

I won’t use the word escapism (oops), but this creative hark-back to ‘happy things’ does serve as a sometimes much-needed distraction from a Bowie-less world restricted by ideological divisions, disappointing post-referendum turmoil, terror and Trump.

When I think of Christmas, it used to be the magical sound of Rudolph’s bells, but is now re-appreciated as the crackling joy of a relative’s laughter.

The wise words of my childhood curated by J.M Barrie, Lewis Carroll, Dr. Seuss, A.A. Milne and now C.S. Lewis are my weapons of 2016 to help me battle my way through the wicked and worst age of them all.  I’m 19-years-old, and still waiting for Peter Pan to knock on my window to find his shadow.

Because I am grown up, dearest. When people grow up they forget the way.”

You’re in Phoebe’s blog. My blog. My phlog?

A place for the words I write, sporadically.